Willy Lin, a specialist based in Singapore, saw the potential of the eCommerce industry and this inspired him to create his 5 Step eCommerce System Coaching Programme. Willy eliminated over $300,000 in debt using his own strategy and eventually, he was generating over a million dollars in profits annually.

Willy Lin launched the WAH Academy in 2014. From that time he has been inspiring new entrepreneurs to make use of the Amazon FBA to build profitable eCommerce businesses.

As per Willy, the WAH Academy stands for the “Work-At-Home” Academy. As his eCommerce Amazon business began to take off, he got a lot of requests from contacts asking him to share the strategies of his work at home business. They wanted to set up their own eCommerce business in their spare time.

Seeing the potential opportunity here, Willy began his company to share his knowledge about creating an eCommerce business that was profitable. Willy always firmly believed he made the right decision in helping entrepreneurs start work at home businesses using his Work-At-Home Academy. He found this approach much more rewarding than any other job that he had done before.

Willy found it freeing and satisfying that he was able to help others succeed with their eCommerce business. Willy Lin really feels he’s making a positive impact on the world with his teachings.

When Willy first started his business, his main method of promotion was by a word of mouth and then he expanded into using websites like Meetup.com. Eventually, he started to market his eCommerce business using ads on platforms like Facebook and YouTube.

WAH Academy or the Work-At-Home Academy started to get a name for itself since Willy will help entrepreneurs achieve their financial goals. He would get amazing testimonials from the students he helped and those testimonials resulted in even more people reaching out to him. This began to increase the image of the company in the eyes of potential clients.

The WAH Academy has grown by leaps and bounds over the years. Now, you will have to qualify before you are accepted into the coaching program. They are students who used Willy’s program to grow their successful eCommerce business and now they have become part of Willy’s coaching team. This provides a powerful learning experience for the coaches and the students, who will learn and grow together.

His Biggest Success Came When He Went Viral

Willy said that he can go viral on platforms like Facebook by just openly sharing his skills and knowledge. This also results in increased sales. He would provide valuable pieces of information on the Facebook and YouTube ad platforms on strategies like “How to collaborate with influencers to launch your private label products on Amazon.”

These are valuable tips that people can apply instantly to increase profits for their business. Potential customers can instantly see that they’re getting value and not just someone boasting about how much money their business is making. As a result, the WAH Academy began getting more credibility and respectability over the years.

This concept is scalable and you have a way to reach beyond the Amazon market, which is better than using just Amazon.com advertising. In the long term, Amazon sponsored ads are not the most effective form of advertisement due to costly investment. During the busiest shopping times throughout the year, it will be very costly to keep your Amazon ads running.

The WAH Academy has outperformed other training companies because they are very selective on who they allow on the team. Willy knows it’s vital to have the right attitude when starting an eCommerce business and this is vital to the ultimate success of the student.

If a student is determined to make this a success, he or she will inspire others to also become successful. This way, everyone can learn and advance as one. This is the goal that Willy wanted to achieve for his WAH Academy, a positive learning environment where all of the students can rest their financial potential. This is one of his primary objectives and promise he makes to the students who enroll in the WAH Academy.

Willy set up a “strategy call” for potential students to interact with his team to see if the student would be a good fit. This helps to maintain the integrity of his community of students. This approach helps to eliminate those who are not yet serious about building a successful eCommerce business.

The WAH Academy continues to produce outstanding results by only taking on people who will fit into the Academy’s philosophy. When a student is accepted into WAH Academy, the Academy mentors them until they have a profitable business.

Willy Lin stated that the most important lesson he learned about becoming a successful entrepreneur is to have determination and consistency. Any entrepreneur will fail if they don’t believe in what they are doing and have the determination to get through any roadblock. Problems will arise, it is if you get up and push on that will determine your success.

What Willy Sees Ahead

Willy Lin sees that people will want to set up their own eCommerce business. He also sees himself playing a vital role in helping these entrepreneurs reach their financial goals.

He knows that people will see the huge value that the WAH Academy provides and will seek out his coaching. Willy Lin wants to keep working with talented entrepreneurs to help them reach their full potential. One of Willy’s favorite quotes is by Bill Phillips and it goes, “The difference between who you are and who you want to be, is what you do.” 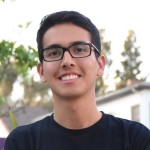 Career and Life Lessons You Can Learn From Stock Investing